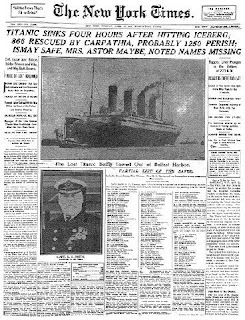 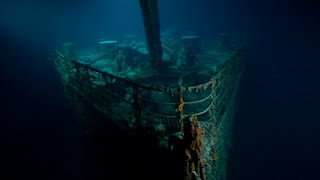 The documentary which takes you to a separate world-The world of the skeletal remains of a once majestic steamship …now a ghost,deep in the abysmal waters of the . Once called the ship which can never sink, it sank,to the shock and dismay of the world, on 14th April 1912 ~ Taking with it the lives of more than 1500 passengers..Lack of enough lifeboats being the major reason for such a huge casualty-and women and children were given preference over men, leading to the death of comparatively larger number of men that cold night !!

She was the largest passenger steamship,engineered with the latest technology,built by some most experienced engineers of that time..Inspite of all those extensive and expensive safety measures, she succumbed to an early end, four days into the voyage from , to ~

The rich and famous passengers were in for a great time-the opulent,luxurious ship, a great Captain-Edward Smith, with 30 yrs of Naval career under his belt, the use of the most technologically advanced systems of those times.What more could you hope for ?? An accident, as fatal as this, was the least possible thing that can happen -The ship was equipped with everything to brave any kind of storm which comes her way !!

But yet she sank…..with all her luxury,majesty and her passengers !!

What great four days those proud passengers must have led, what pride must the engineers and workers taken in their work of art , the firemen aboard the ship who worked the boilers must have been proud too ,to be on the Titanic and the Naval staff must have held their head high above their starched collars !!

Now she stands,buried half-way into a dark,deep chasm of the floor- split apart into two…covered with barnacles and rusticles !! She is still a regal thing to look at-many of her décor still intact-the glass works,the woodworks….Many of her artifacts have been removed and taken to a museum in Greenwich,England-But she’s dwindling fast,microbes are eating her away …

Watching the insides of RMS Titanic in the movie “Ghosts of the Abyss “ transported me to a different era, a different creation-She is dead,her worldly days have long been over,almost 100 yrs ago ~ but yet she is so much alive-Alive in her own royal ways…People are still in absolute awe of her,people still want to know her and take a look at her ~

When she lived,she was an object of admiration…and even though she’s dead to the worldly eyes now…she’ll always be awe-inspiring, for years and years to come !!