Does any relationship have an expiration date ? Like it happens with so many other perishable things,if one stores love with care to save it for a later time,does it perish or expire,specially if forgetten ? Perhaps,relationships do expire when left unattended.With time,they become enshrouded with mold and start to decay without your knowledge..and suddenly they disappear,leaving us thinking of so many things that could have happened or could have been done with little more attention to details,perhaps !! The expiration of a connection is like the end of an era..although they leave us with a melange of emotions-memories and flashbacks,and lots of dejection....And we always muse if it's truly justified to mourn such an expiration- for such a relationship  perhaps was merely the fruits of one's dream or desire..Things we wanted and how we wanted them to happen..Or maybe there was some history to it but that was all there was to it,and such history had no recent past,present or future-But you held on to them as your own anyways... and mourned them when they eventually happened to vanish...Does just holding on to such history,just by force even if there was not even a silk thread stringing them to the present..and not letting them go,make them rightfully ours ? Loss of something which we had lost a long time ago and whatever has been left of it- having been losing the rest of it  in small doses everyday..doesn't really qualify as a sudden loss or expiration....But still,why do we,humans-crave for something which many a times is not befitting or doesn't rightfully  belong to us ? Why don't we allow the spilled liquid to dry and just accept the stain ??!
Posted by Sulagna at 4:22:00 PM 12 comments: Links to this post 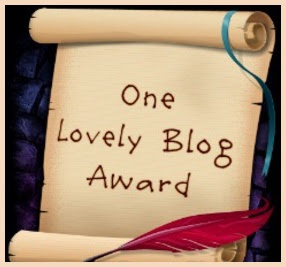 I've been very lazy lately..lazy to write anything and busy with other things...My " blog shop " has been closed shut for the last month or so..But that hasn't stopped my lovely blogger friends from showering me with so many awards..They seem to keep coming,one after the other..Recently,I received another award ( my 4th  one precisely ) from Soumya and it was my birthday that day..Thanks a lot Soumya for making the day so special for me ...I would like to share this award with all my blogger friends once again...to make everyone feel special !!
Posted by Sulagna at 2:47:00 PM 3 comments: Links to this post