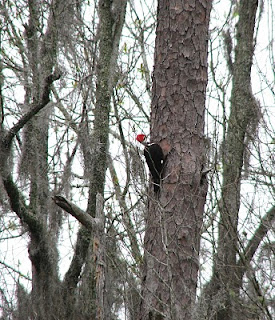 A storm was brewing in my mind..I came across this article about a bird- an Ivory-billed woodpecker to be precise,which is thought to be extinct. ..The majestic size  (one of the largest in the world among woodpeckers) and the look and the fact that very few people have actually seen it,has led to the names –Ghost bird,Lord God Bird,Grail Bird  etc etc.Uncountable number of expeditions have been launched in the south,mainly in the swamps of Louisiana,Arkansas to stalk and look for the bird..And many people have claimed to have spotted the bird over the years although for a few fleeting seconds- some while kayaking,some while canoeing,some while birding..others in their  backyards….Some have managed to find signs left behind by the bird or heard him/her drumming or knocking on the trees,making holes….and thus they have known that it’s still out there..although maybe in very very few numbers….Widespread logging of the old-growth forests- all those swamps and pine forests which they love,hunting,specimen collection, genetic problems..have dwindled their numbers gradually and noone knows for sure how  many are still out there or if there are any left.
The controversies between the authorities and those people who have claimed to have spotted them continues… ..
As I read on and on, I thought of the bird ~Wandering around, in the deep dark pine and cypress forests,somewhere..Successfully eluding all the prospective preys..to survive and carry on. I watched the sky go from sunny to gloomy,and then everything became quiet for a long,long time…The waters had a wiggly look on it’s surface. And then the sky turned gray and grayer..the storm was almost close- I saw the leaves at the top of the distant trees shake, and then the swishing sound was very very close..They rustled to the gusty wind …and gradually with the advancement of the gray clouds,the trees nearby rustled and welcomed the storm.There was a ripple here and another there created by the initial drops of rain ~ But I was lost, my vagabond mind kept wondering in the swamps and the cypress trees …wanting to glimpse the Ivory-billed for real !! 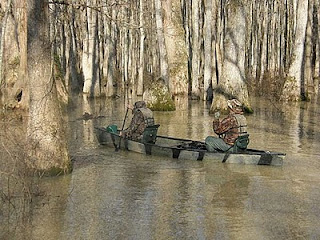